The founders had a vision to build a sustainable vehicle finance operation that could play a part in improving public transport for millions of South Africans, while at the same time providing accessible finance to local entrepreneurs who are historically excluded from accessing finance from formal institutions.

It was this vision that attracted Vincent Raseroka to Mokoro. He joined as Chairman of the Board in June 2015, when he was also appointed as Chief Executive of Bridge Taxi Finance.

Mokoro was registered as a developmental credit provider for both Bridge GJ and Bridge CMC in September 2015, and in November that year, it was granted its first Vehicle Asset Finance facility by Standard Bank. Grindrod Bank took an equity stake in Mokoro Holding Company in June 2016, when it also granted Bridge Taxi Finance a funding loan. Since then, the company has secured substantial operational funding.

Mokoro secured its first minority interest in vehicle importers in August 2016, when it took a stake in Jinbei South Africa. The company diversified its investment in vehicle importers in February 2017, when it secured an equity stake in Bird Automotive. In May 2017, it secured the distribution rights for the Foton View CS2 16-seater minibus taxi through View Logistics and Imports.

Mokoro is constantly increasing its range of services in the taxi industry. In November 2017, Mokoro secured premises of 2 000 square metres to establish a service, refurbishment and PDI centre for Bridge Service & Panel. Operations at this facility commenced in January 2018. 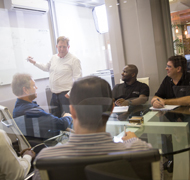 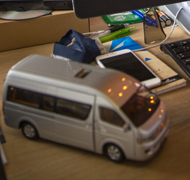 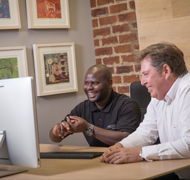