Mokoro Holdings strategically invest in the importers of only top quality Chinese vehicles. These vehicles are produced to the highest international standards, and are manufacture especially to suit South African conditions.

In 2016 individual shareholders, together with Mokoro, effected a management buyout of Jinbei SA from Supergroup Limited. Mokoro holds an equity stake in the company, with an option to increase the holding based on performance.

Jinbei SA is the exclusive importer of Jinbei vehicles, produced by Brilliance Auto in China. It currently imports three models from China, and distributes them through its own dealer network, as well as a network of independent dealers. Jinbei imports the 14-seater Jinbei H1 and the 16-seater H2 vehicles.

Bird Automotive has the exclusive licence to import minibuses produced by Xiamen Golden Dragon in China. This was the first Chinese minibus taxi to be imported into South Africa in 2006. It has the best track record of all the Chinese derivatives and is also the vehicle with the best specifications. Bird Automotive markets the vehicle in South Africa as the Golden Dragon.

Mokoro holds a significant stake in the company and is the exclusive financier of these vehicles in South Africa. Mokoro has management control of Bird Automotive, while Grindrod Logistics provides the logistics and funding for the local cost of the import of the vehicles.

View Imports and Logistics has the exclusive licence to import minibuses produced by Foton in China and currently imports the Foton View CS2 Petrol 16-seater minibus. Mokoro holds an equity stake in the company and has management control. Mokoro is the exclusive financier of these vehicles in South Africa. 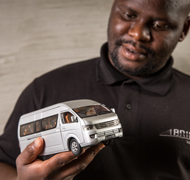 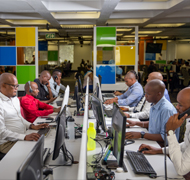 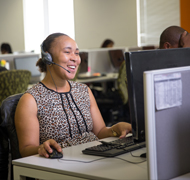